3D Modeling Vs 3D Rendering: What Is Different?

If you have worked in industrial sectors particularly architecture, real estate, or interior design you might be aware that 3D modeling and 3D rendering are two different key terms often confused by many. If you are one of those who face difficulty in clearly labeling the two terms apart then this blog is a major guideline to answer all the questions that pop up in your mind. The two processes are quite the opposite though they are used alongside each other quite often. But this common use does not make them overlap their distinguishing features. The two terms have their fair share of similarities and differences in creating efficient and accurate 3D images and designs.

What is 3D Modeling?

3D modeling is the process by means which virtually realistic, three-dimensional models are created using special technological software and mathematical algorithms. In general, a 3D model is a collection of various accurately placed verticals or points that connect into faces and edges to form a 3D image. The 3D modeling process and tools are significantly used by renders and animators. Within the interior design industry, the 3D modeling process helps display furniture products in real-time. It assists designers to showcase all physical dimensions of other objects within a floor plan. This augmented design process allows the creation of better designs within the pre-processing stage. As a result, you can experience how different objects align together and adjustment of design problems according to plan.

What is 3D Rendering?

3D rendering offers accurate creation of digitally amazing and realistic shots of rooms, buildings anything unfinished. These snapshots enable designers to review their designs closely. A designer can make timely adjustments as required for the product. 3D rendering is a more convenient and economical design process. With rapidly advancing latest technology it is possible to render any imaginable 3D.

3D modeling yields a 3D file consisting of a geometric representation of a product. The model consists of three dimensions (X, Y, and Z) just like a real physical body. To create the model 3D modelers need to first conceptualize the size and comprehension of the object. On the contrary, to render a creative representation of the modeled object in the form of animation or still image requires computer simulation of the image or video. The result obtained from the images and footage are called renderings or simply renders. In digital storytelling, video renders are more entertaining and engaging. This is because of the reason that videos require 3D object models, hence both modeling and animation skills are aimed to create one.

3D rendering and 3D modeling are the two interrelated stages of CGI creation. From the beginning a 3D artist plans to build a 3D model, in many cases, a realistic model is required. By realistic, it means that the model must look like stone, glass, wood, or any other naturally occurring raw material. Hence, it is compulsory to add textures during the modeling process. Now the rendering process known as the Visualization process begins, a 3D designer builds the scene. Most importantly the artist takes care of lighting, camera positioning, arrangement of the model in three-dimensional space, and tuning various other aspects to get computation imagery. A chosen perspective is simulated by the computer with the right textures, shadows, and lights. Many customers don’t have a good idea about 3D rendering results and often confuse it with 3D graphics. 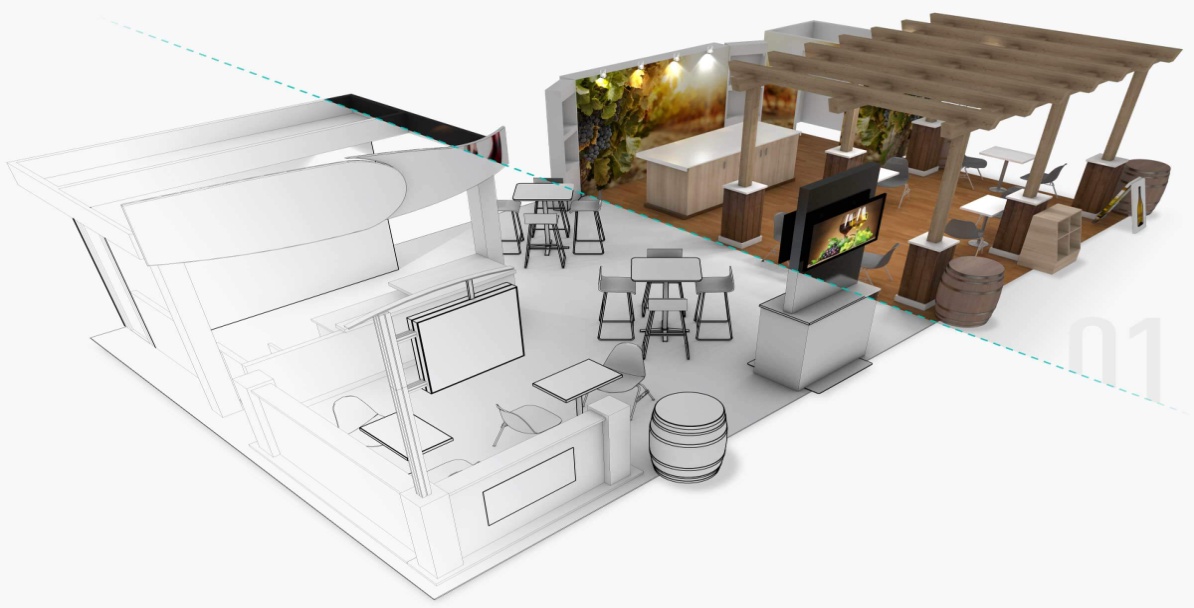 A 3D freelance artist typically does both rendering and modeling. However, at a 3D modeling studio, a render and a modeler are two different professions. The main reason for this distinction is that both require separate specialized software tools and techniques. The use of these technical tools yields accurate results and a predictable model object workflow. A client can create a model via a CAD app or 3D scanner. A 3D artist makes use of Sketch Up, 3ds Max, Rhino, Blender, Maya, and other popular modeling software. All of the aforementioned modeling software has in-built features to support rendering applications as well. Professional 3D rendering artists employ celebrated programs such as V-Ray, Mental Ray, SolidWorks Visualization, Lumion, Corona Renderer, and 3Delight to create exceptional 3D rendering images/animation.

4. 3D Models Can Be Reused in Further 3D Renders

A 3D model can be easily modified as a geometric object. Also, you can create real-time visualizations of 3D models to save time and additional resources. In general, it means that multiple lifestyle images and hero shots can be rendered from a single 3D model. You can experiment with different backgrounds and design options to create variety.

For example, a 3D model of a sofa can be used to visualize 20 to 30 catalog images, design presentations, and a website. A 3D model can serve as an important basis for creating next year’s collection by maintaining a few features. However, editing a render is an exceptionally challenging task especially when it is animated. Instead, an image or video is easy to display and store on almost all devices. And it is a render that strikes a realistic representation of an object.

Many 3D modeling cases go beyond rendering such as 3D printing. 3D printing in the last few years has gained immense importance due it its remarkable applications in almost all industrial sectors. 3D printing is the fastest way to get a door handle, device shell, prosthesis, implant a sculpture and the list goes on. A CNC machine can create high-quality metal details based on a 3D model. Using 3D modeling techniques, a 3D modeler creates 360-degree views of product pages and other objects. Popular applications of a 3D model and examples of 3D rendering include interactive walkthroughs and video games.

3D rendering proves highly useful when the designer wants to put the limelight on the benefits of service or products. It helps create remarkable product imagery particularly for the digital market like websites, TV commercials, etc.