What Is Cel Animation?

“Cel Animation” is generally described as the art of creating 2D animation by human hands on transparent sheets called ‘cels’. Following a well-planned animation process, every cell features one drawing with an outline on one side and color on the other side. The concept of the cel is to assist in adding precision during the animation process. These cels are then placed over a certain background and are photographed in the sequence they are drawn. When playing back the cels at an estimated speed of 12 or 24 frames you get a perfect illusion of motion that is required to develop simple animation. It is a rare sight that traditional cel animation is used in large-scale production houses since the advent of digital technology now. But still, cel animation techniques opt for 2D animation projects exclusively carried out on computers. Many animators still prefer to hand draw animations and use digital software to only speed up the animation process to save time.

Cel animation is an extensive process that involves the continuous brain game of a large team. The magic happens when the script is worked on by a storyboard artist. A storyboard artist perfectly times every shot and a lead animator draws rough sketches for every key posture on a dope sheet. A dope sheet is an important tool for every team member from the director to the colorist. It helps estimate the length of every movement and also allows easy standardization of the cels. After the work is complete for the main poses the animators begin drawing the in-betweens to bring smoothness to the movements in key poses. Once every movement in the scene is sketched and inked, the linework is passed on to a transparent film (cel) using black ink. When the ink is well dried the film is passed to a colorist to fill in beautiful colors using cel paint in the linework. Cel paint is applied on the opposite to the inked side to give each cel a smooth and crisp look that is in sync with linework. While the process of coloring and inking is being carried out other artists are busy at work developing creative backgrounds for each scene. 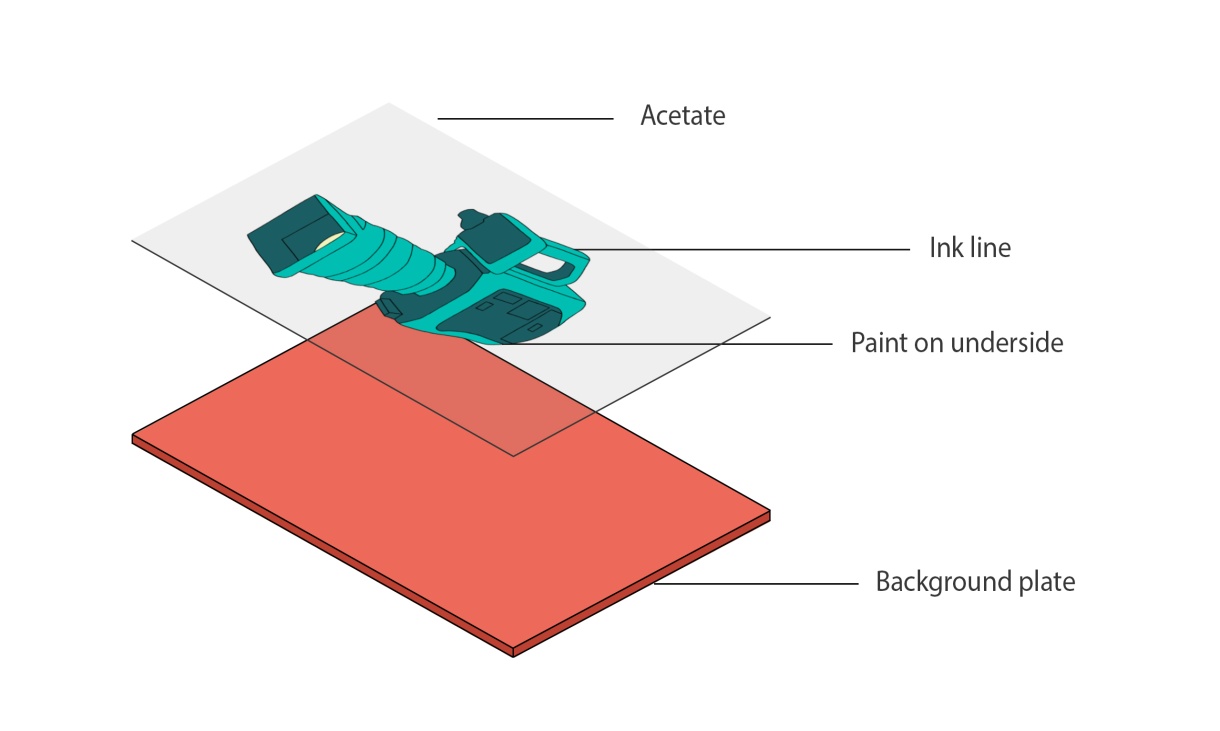 Because backgrounds stay on the screen longer than an individual character drawing, hence it is important to pay close attention to background shading and detailing. When a character is moving from one scene through another scene the background drawing must be large enough to allow easy movement. Once all the backgrounds and cels are complete they are provided to a professional photography team to layer drawings according to the number of dope sheets and take clear snaps of every layered frame. These frames are then played in an adjacent sequence to give an outlook of the final animation. 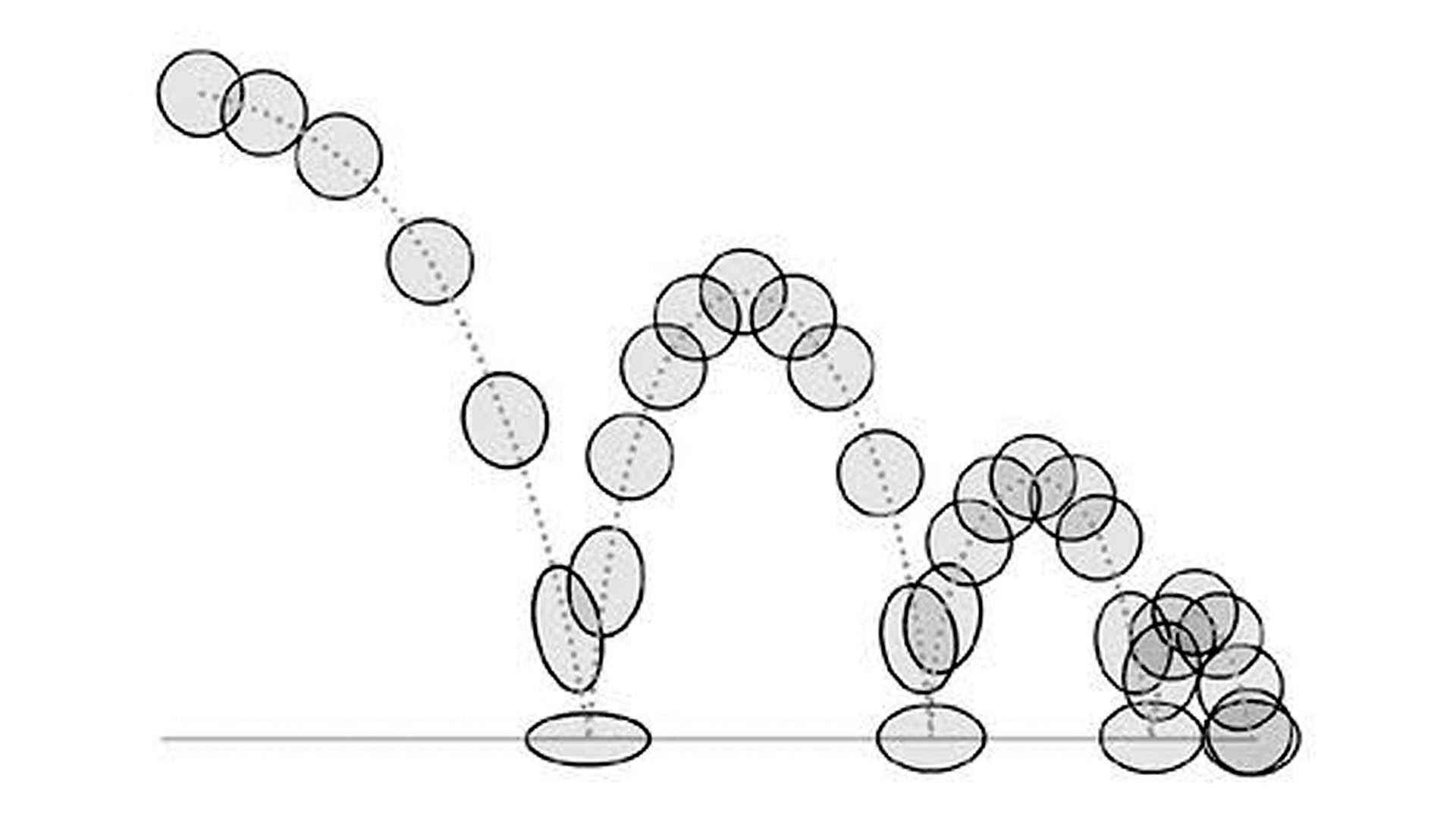 The evolution of plastic and cel animation are closely linked. Without the thin transparent sheets of colorless plastic, cel animation would have originated in the first place. At first, cellulose nitrate was used as plastic but it was flammable and could be damaged over time. The plastic would unleash hazardous gasses into the atmosphere and add to the global warming effect. The industrial sector tried its best to establish an improved version of cels by using cellulose acetate. Although the life span of cels increased but still they could be damaged as they aged. The chemical composition of cels released vinegar syndrome, usually known as ‘cel paint’. The paint used was opaque or gauche.

Disney has contributed a lot of time and resources to preserve original cels for long-lasting cel animation. Their dedicated team of cel animators keeps the cels at preserved conditions such as humidity, optimal temperature, and other safety enclosures to prevent them from degrading.

The Transition To Digital

Surprisingly the film “Oliver and Company” (1988) by Disney was pure cel animation. Later on “The Little Mermaid” (1989) featured scenes with the latest coloring system called the Computer animation production System. CAPS happened to be a collaborative venture between Disney and Pixar to bring digital change to cel animation and lower cost overheads without compromising on animation quality. The system allowed animators to load sketches, complete the inking and coloring process on a computer. Technology had pushed cel animation to new heights of glory by limiting the time needed for cel animation workflow.

With time, 3D animation techniques also began to be incorporated in 2D animation films. Many 2D animation projects are created using animation software ToonBoom. Studios and Animators have different animation preferences to work with, for example, some enjoy sketching while others are likely to ditch pen and paper completely. Nowadays cel animation is mostly taught to animation students to learn drafting and coloring techniques for accurate animation without any computer.

Is 2D Animation On The Way Out?

Disney switched from 2D animations to 3D animation for their movies. Can you guess Disney’s last 2D animated film? “Winnie the Pooh” back in 2011 was the last 2D film that Disney created and gave up the idea for creating 2D films in the future. Although there is less use of 2d animation left in West Japan continues to produce blockbuster 2D anime films. The famous Japan Studio ‘Ghibli’ has been creating classic 2D animations like Spirited Away, My Neighbor, and Totoro. These extraordinary films have gained immense popularity among the audience and they do not plan to switch to 3D animation anytime soon. Although no longer the golden child of Disney still 2D animation is cherished in world television and animated feature films. Many children’s anime are created as 2D animations and are well established on the international stage.

How ITS Can Help You With 2D & 3D Animation Service?

Information Transformation Service (ITS) offers high-quality and unique 2D and 3D animation services to top all charts. Our state-of-the-art animation solutions are both creative and budget-friendly. Our experts ensure no stone is left unturned in delivering 100% quality results to put a stop to all your concerns. Not only this, complete data security is maintained by adherence to strict deadlines. So what are you waiting for? Get in touch with us to outsource 2D and 3D Animation Services and get a free quote within 24 business hours!